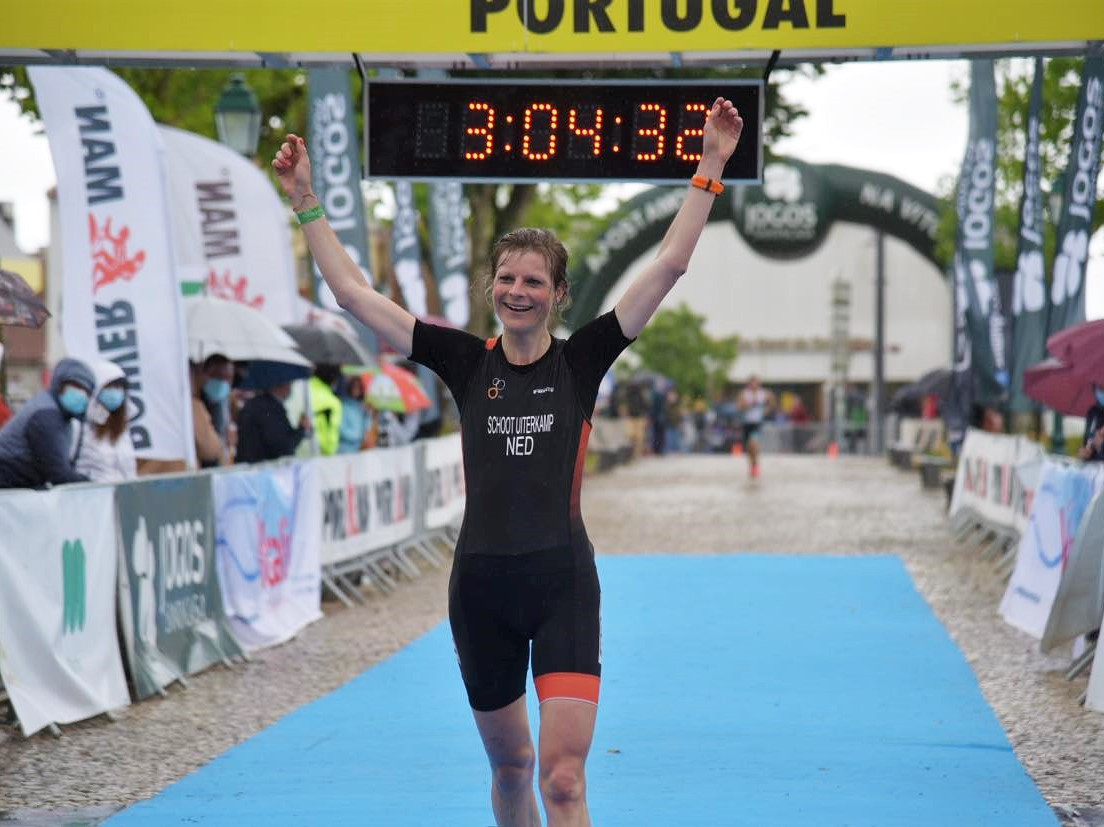 Powerman Portugal Second Edition happened in Mafra on the 9th May

On May 9th the major RUN BIKE RUN brand in the world took place in Mafra. For many foreign athletes the last competition was Powerman Mafra in 2020, so they looked forward do come again and were really happy to compete in Portugal. And it happens!

More than 350 athletes registered in a difficult course that required physical and technical cycling. About the race, Sepe Odeyn, first place in Powerman Portugal 2020 and now (2021) silver medal has said: «A really challenging course in a scenic and historical setting»; Ann Shoot Uiterkamp who was in third place last year and the winner of Powerman Portugal second edition stated that it was a «Great motivation atmosphere and professional and supportive organization». With the same route as last year, the race was essentially urban, starting in the beautiful surroundings of the imposing Royal Palace of Mafra, continuing to the Municipal Sports Park, where the athletes ran on dirt with almost no flat areas. In turn, cycling went through the beautiful and peaceful roads of Mafra, on a very challenging route, which included very steep climbs and some steep descents. The exit of Powerman in Mafra its probably due to its intensity, with very hard climbs and descents and very technical curves that make it a unique event.
The athletes started the cycling route in front of the Royal Palace of Mafra taking a winding route through the surrounding and charming villages. They finally arrived to the Mafra Palace after the intense effort and they reached the reward of crossing the glorious finish line.

In the female elite, Ann Shoot Uiterkamp, from the Netherlands, 4th place in the Powerman ranking, remained isolated throughout the course, winning the victory of this event with 03:04:31 breaking her record from last year. She commented how much she enjoyed the race.
«Everything went according to plan. Great feeling! Running legs were good. Both in the first and second run». And in her view, the bike segment was very good too. «I didn't take any risk at all on the bike and went down extremely slow. I had enjoyed every part of the race! The exciting varied course and the whole ambiance made me smile often during the race!» There were a something that make it even more special for her. «Of course the double Dutch win!  Amazing that Daan and I just did it both! Better it couldn't be!»

She was also really grateful to have the opportunity to race again. «Amazing that the Powerman Portugal organization just made this possible. Again, extremely well organized for the athletes. Everything is taking care of and thought about! Totally love this race, the city and the organization! Obrigada Powerman Mafra!»

The winner of Powerman Portugal 2020 adopted a motto since last year, a sentence she saw in a coat rack in Lisbon - don't stop believing. «I thought to have seen that sign somewhere next to the course that day. If you believe in it, anything is possible! So, to all athletes with great goals; go for it! Believe in it and enjoy all the great things it will bring to you!»
Lotte Claes, from Belgium, was always close to the first athlete and was the second woman crossing the finish line with 03:10:35. Raquel Rocha, Portuguese athlete, made an excellent performance and persevere till the end in the third place with 03:14:15.

In the men's race, the athletes changed their positions from the second half of the bike. There was a management of some strong athletes who saved their strength for the final part.

Daan De Groot, number 1 in the world ranking of long-distance duathlon, who fell of his bike last year, wanted to do it better in his participation. And he did! He won the competition with 02:42:55 after managed all the race and took the lead in half away. «Of course, I liked the race a lot. Last year I was really disappointed by my crash. Everything was organised so well, and you facilitated my stay here, and then I could not finish. Besides de fact that the battle with my competitors was never this close, so it's so nice to be the lucky one that crossed the finish line first! » said Daan. He dedicated the victory to his mother since the race happened on the Mother’s Day. «My parents were sad that they couldn't be here, because Mafra is not only a nice place to race, but also to support».

Seppe Odeyn (the Belgian athlete who won Powerman Portugal 2020) took the second place with 02:42:58 after a final and emotional sprint with Daan to the finish line. Dominik Sowieja, from Germany, was in the third position with 02:43:21.

The Portuguese athlete António Barata finished in the fourth position with 02:44:28 managing the race from start to finish. «The word that occurs to me is ‘calm’. I didn´t push to much on the first run and half away from bike I started to increase the pace and just followed the other athletes till the end».

After a sunny week, it was a rainy event day, but the it stopped just at the beginning of the race and the sun came out for almost all the time. With all the cancelled races, it was a very nice event in Mafra, which make happier all the athletes!
About Powerman Portugal location: Mafra is a pretty little Portuguese town where it’s located one of Europe’s largest and most extravagant palaces, the Palace of Mafra.

This vast complex includes a huge monastery, an ornate basilica and a library that contains over 36,000 ancient books and its own colony of bats! Nearby, 12km far from Mafra is located Ericeira which has some of the most beautiful beaches in Portugal, a very famous place for surf sport, with excellent sport conditions for running and cycling.