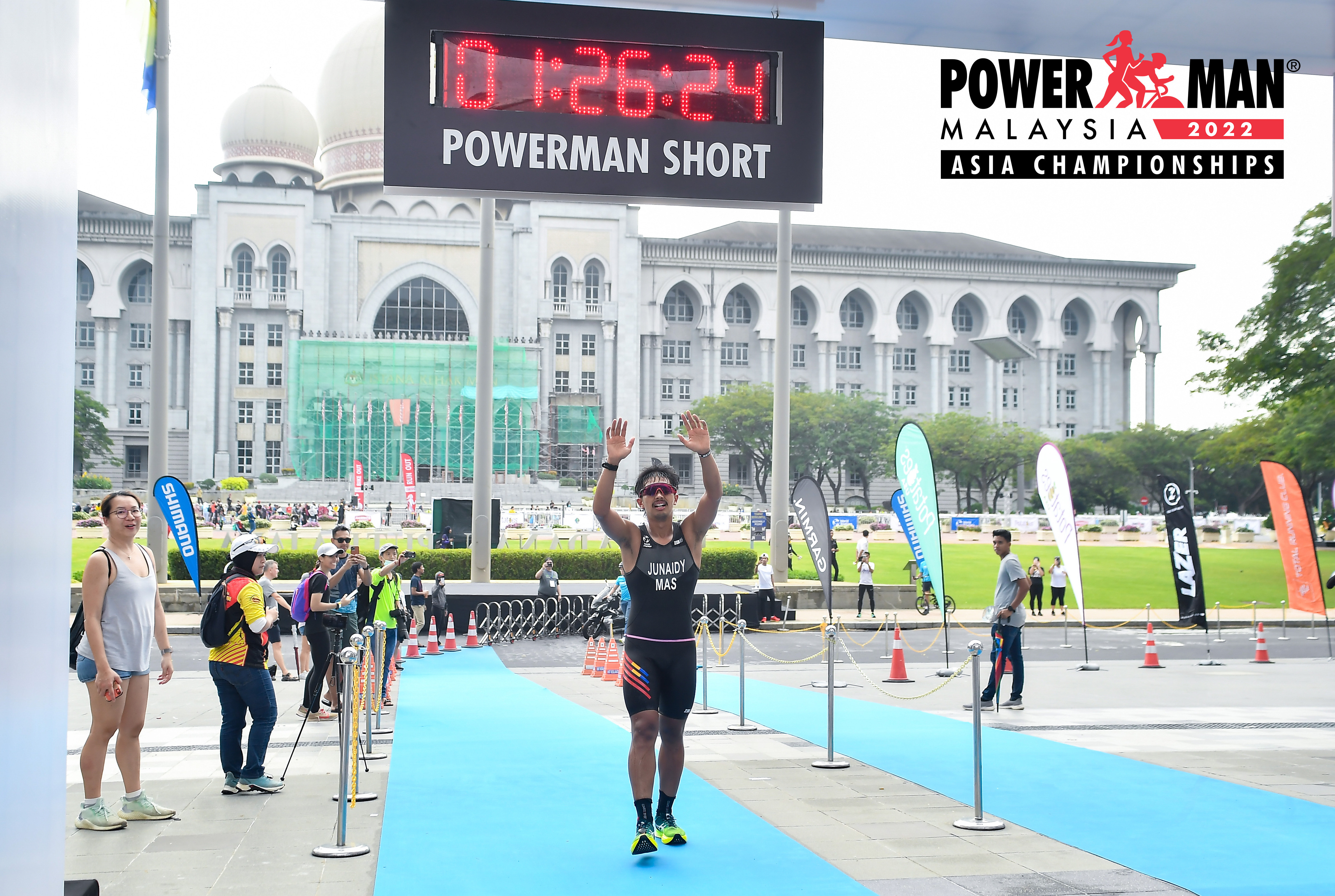 POWERMAN made history thanks to the overwhelming registration record

KUALA LUMPUR, 04. November 2022 – After a two-year-long hiatus, the highly anticipated POWERMAN Malaysia Duathlon 2022 returned with a vengeance and took the sporting world by storm. With a whopping 4,300 record-breaking participants registered, this meant the Asian event clinched the World’s Largest Duathlon title, knocking the previous title holder, the London Duathlon, off the top of the podium.

With participants from over 35 countries worldwide, this coveted world series duathlon saw 15% of athletes from countries such as Singapore, Hong Kong, Thailand and Japan, who raced the 80km course  at Dataran Putrajaya on 29th and 30th October 2022.

With a run-bike-run format, the annual 17th edition duathlon saw participants pushing themselves to their limits on the physically demanding course as they ran, cycled and ran again to the finish line. This year’s chapter of the world’s largest competitive duathlon event in Malaysia had Matt Smith from australia topping first place for the Male Elite category. The elite women race was cancelled, because of to less competitors.

The race categories comprised of:

All finishers proudly earned a finisher medal and a finisher T-shirt and an e-certificate as a reward for their fantastic physical accomplishment.

With individual, team and relay categories available for the professionals, beginners and those in between, the event saw a diverse range of participants made up of a wide variety of ages, nationalities and backgrounds competing over a two-day duration according to the respective categories.

“I would like to thank all of our participants as well as everyone who has helped make this event a success. I’m sure many of you have been excitedly looking forward to the return of POWERMAN

which was unfortunately put on hold for two years, due to the pandemic. That said, we are proud to see the overwhelming responses and together, we lead the way into the next chapter of POWERMAN Malaysia’s story with this 17th edition duathlon,” said Jeffrey Ross, General Manager of Fresh Events Asia Sdn Bhd.

He added that this year’s event will continue on as the Asia Championship Race and is also an Asia Triathlon-sanctioned Middle-Distance Championships in the 10-60-10 category. “I know for some of you it is all about achieving personal bests and breaking records but for others, it is merely the joy of participating that matters. But no matter what the reasons were, I was indeed thrilled to see everyone giving their best and not giving up even as fatigue, cramp and the heat started setting in along the race. Congratulations once again to all the winners and I hope to see you again next year!” he said.

POWERMAN has a long-standing history in Malaysia, 16 years’ worth of rich heritage and it is the premier event for duathlons. Malaysia has seen tremendous growth in running and cycling since 2002, and even more so during and after the Covid Pandemic. POWERMAN Malaysia is seen as the perfect platform for running and biking enthusiasts to test their combined skills, with the growing number of participants over the years proving a testament to that. This event has also been drawing international traffic and recognition year after year, bringing in tourists and athletes from all corners of the globe for this competition. POWERMAN has successfully put Malaysia on the map and is now one of the highly-anticipated events for both local and international duathlon fans.

POWERMAN Malaysia also looked towards the future with the PowerKids and PowerTeen races. Proud parents cheered from the side lines as stars of the future, from the ages of 5 to 17, ran and cycled as hard as their adult counterparts on the Saturday morning to complete their respective courses.

Aside from the race, a three-day Expo was also held at the concourse level of Auditorium Cempaka Sari. This Expo featured a diverse range of local and international industry partners showcasing their products to participants and supporters. There, participants were able to browse through official POWERMAN merchandise and the latest line of sporting products, such as Potatoes USA, Hammer Nutrition, Garmin watches and Shimano bikes.