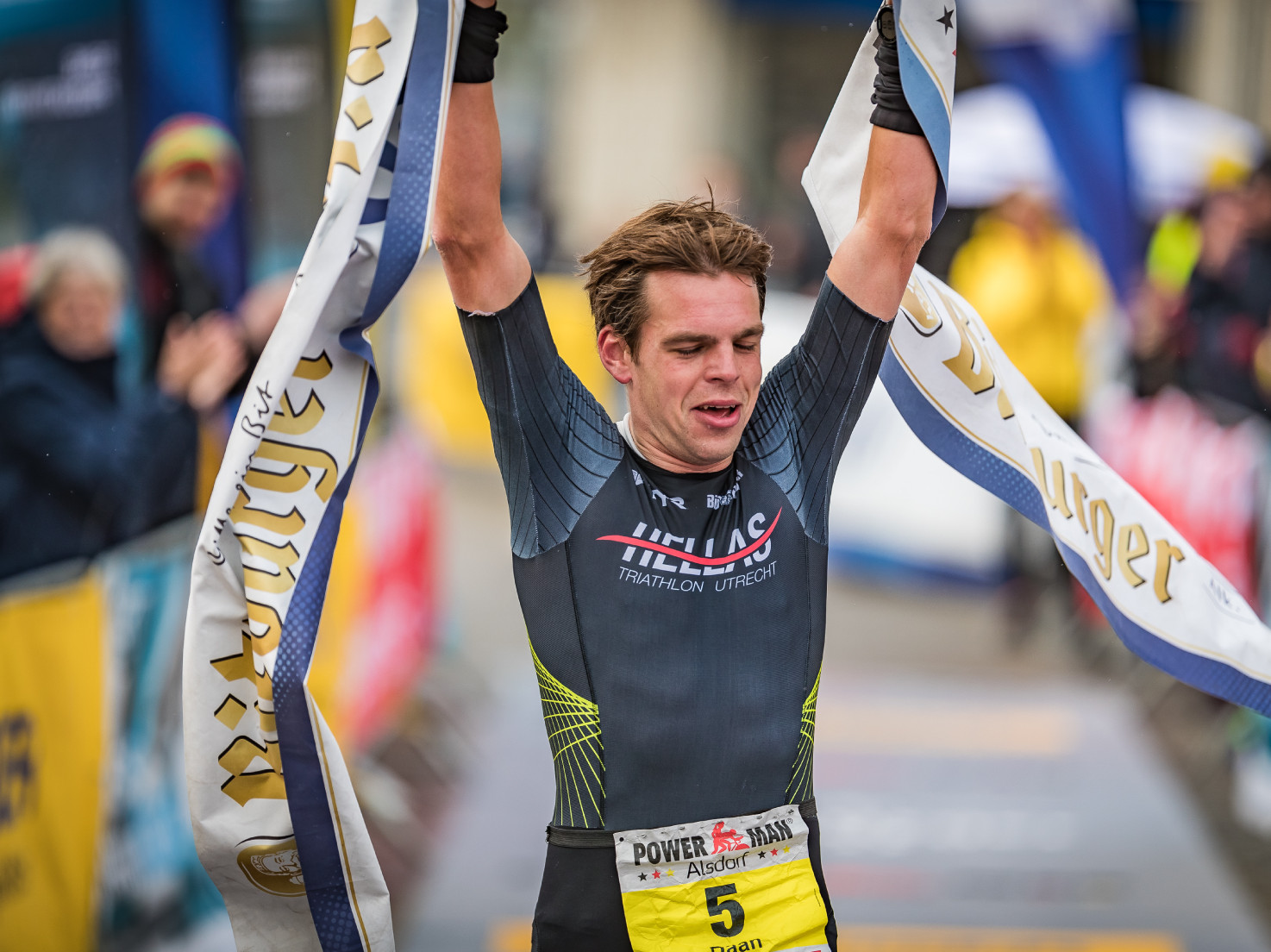 in preview to Powerman Alsdorf in August 2021, we would like to introduce our athletes and get to know them:
Please, introduce yourself and highlight some important moments/successes as athlete (name, age, important victories, job, interests etc.)

I am Daan de Groot, 29 years old. I try to combine being a duathlete and a scientist. In both sports and science, I started out in a single discipline: I tried to become a professional cyclist, and I studied pure mathematics. At some point, I got tired of the bike crashes that are inherent to cycling in a peloton, and I also got tired of studying pure mathematics without knowing what it was good for. At that point I decided to make some radical changes. I stuck to my disciplines, but started combining them with other things I liked. That’s when I became a duathlete and a mathematical biologist. From December 2020 I am doing this from a new country, because I moved to Lausen, near Basel in Switzerland.
The key moment in my duathlon career was in fact the Powerman in Alsdorf in 2018. Before that race I had no idea that I could compete with the best duathletes in the world, but then at once I was crossing that finish line first. That was an amazing experience.

From your personal perspective, what is special about the run-bike-run format of Powerman World Series?
The sport itself is special because it is so very challenging. The first time that I started to run directly off the bike, felt incredibly painful. You just feel that everything moves so incredibly slow. Getting better at that second run, maintaining a good running style even under extreme fatigue, is the essence of run-bike-run in my opinion.

Besides that, I think the Powerman World Series also brings together a lot of ‘like minds’, which gives the races a very nice and supportive atmosphere. Among the Powerman athletes, there is strong competition during the race, but much respect directly after finishing. In comparison, the cycling world was filled with suspicion and ruthlessness. That is a pity, because sport should unify.

How often did you compete at Powerman Alsdorf and what is you personal highlight of this particular race? (course, spectators, atmosphere, competitors…)
I competed only once at Powerman Alsdorf and then I won. What I remember most is the second run: the national coach kept telling me that I still had a gap on my pursuers, but I just could not believe it. I developed whole theories about him lying to me to keep my spirits high, and I was counting on being overtaken at any moment. But then I crossed that finish

line, crashed into my girlfriend’s (now wife) arms, and I had won. Still can’t believe that this comical Belgian guy (that you already interviewed) could not overtake me.

Have you participated in any other Powerman World Series races? If so, what is your „don’t-miss-race“?
Yes, I competed in Viborg, Tramelan, Zofingen and Mafra. Well, I think Zofingen is definitely the one for the bucket-list, but the other races are awesome in their own way as well. The cycling courses in Tramelan and Mafra were very challenging and led us through beautiful nature. Viborg’s start and finish place is just awesome, right in the middle of the old city.

How does a typical training week looks like in your preparation for a Powerman race (apr. 2 month proir to the race)?

Monday is often a rest day, which usually means that I work very hard to catch up on my research.
On Tuesday I always had a track session with my teammates in Utrecht, but this will change now that I do not live in Utrecht anymore. I will try to find a replacement for this.
On Wednesday I usually have a before breakfast run, just to exploit the fatigue of the track session of the day before. In the afternoon, I might do some cycling, probably on the triathlon bike.
On Thursday I often have hard intervals on the bike.
On Friday I will do a longer run.
On Saturday I usually do a longer bike ride.
On Sunday I will do the longest run.

Despite the current uncertainties of racing in 2021, do you have a competiton schedule in mind?
Yes, I do.

Last but not least: What are your best advices for athletes who want to participate in a Powerman race?
Focus on improving yourself, not on getting a certain result. Improving your own skills is the only thing that is within your control, and which is very satisfying when it works out.

Thanks for sharing your experiences and insights with us! We wish you the best for your individual and athletic goals.

We are excited to see you racing in Alsdorf on August 15th, 2021

Get to know more about Daan and visit athlete profile!